The Defeat against Pakistan on Sunday made a few cricket fans crazy on the basis of religion. As Shami gave 17 runs in 18th Over, a few cricket fans alleged him he supported the opponent, Pakistan, by throwing loose bowling. His Instagram was full of such comments and it was unstoppable until all the cricket fans and big stars came in support of Shami.

After almost a break of 5 days, Shami took on Instagram to post the pic of his practice before the big match against New Zealand. Below is the post he posted.

Fans took very supportively on this post and motivated him.

Below are a few of the comments. 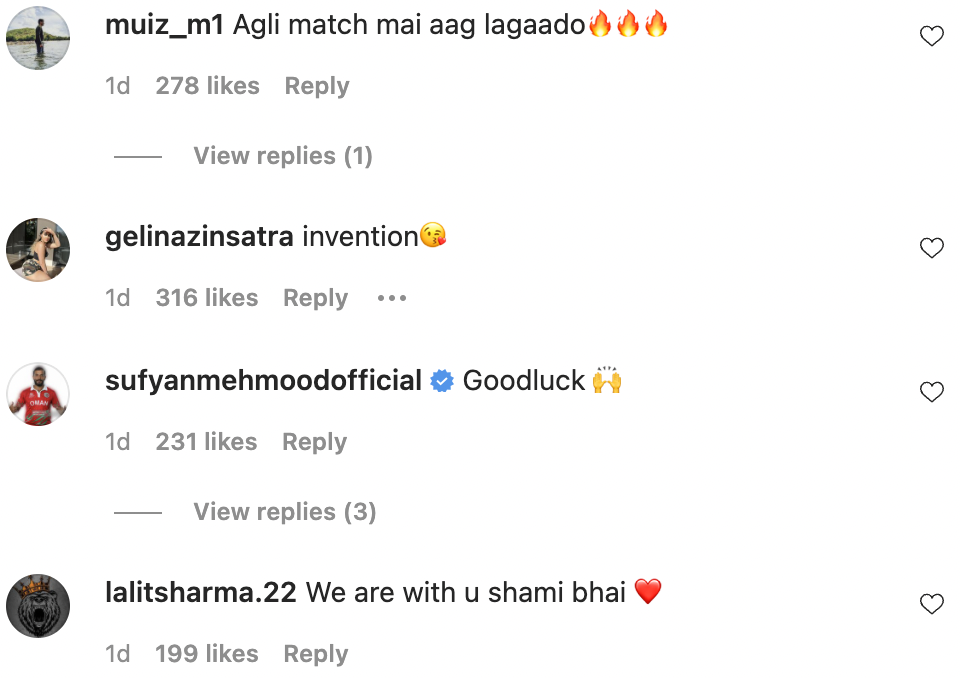 A user of Instagram wrote: “We are with y shami bhai ❤️ ”

It was actually not our day, told a fan on new post of Shami.

We wish Shami All the best for the upcoming match and hope he will do wonders with the ball against NZ.

Stay tuned with Mobilecric.info more such news and posts.