Video of Rohit Sharma Stepping out of Ground on Hugging a Pakistani Fan: 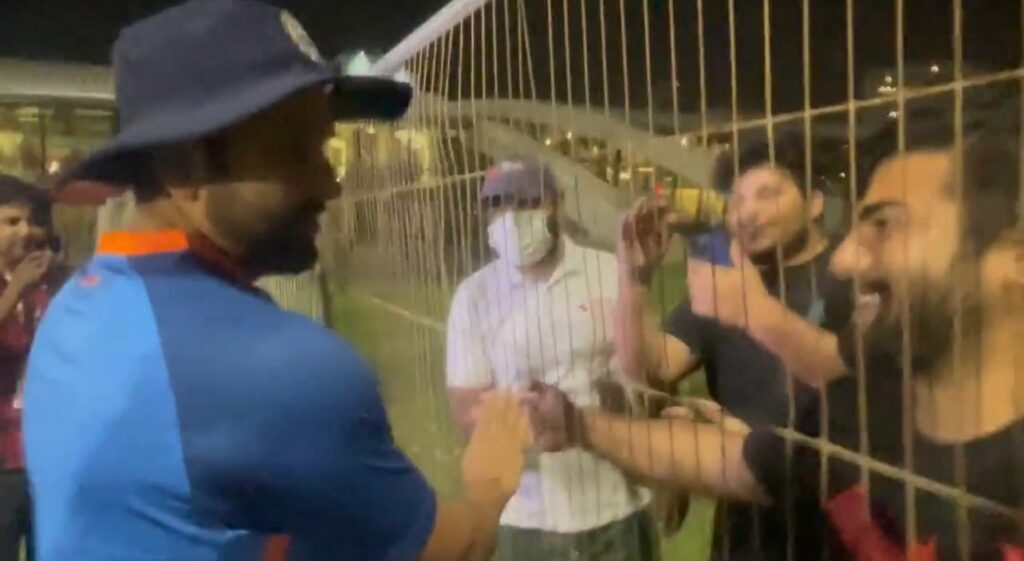 In yesterday’s practice session, Pakistani fans were present to watch team India practicing for Asia cup 2022. While this, some of the Pakistan fans asked Rohit Sharma for selfies out of the stadium safety nets, Rohit Sharma went and met with them and the moment is captured in the video and it will be the best video of the day.

Senior journalist Vikrant Gupta shared the clip on his Twitter account as fans lauded Rohit for his gesture.

With Pakistani fans asking for a hug, @ImRo45 stepped out of the ground and went and greeted them ! #INDvsPAK #AsiaCup2022 pic.twitter.com/xAWYDgg3Iz

It was such an amazing fan moment for Pakistan supporters and the fan whom Rohit Sharma met will never forget this experience in his entire life.

Virat Kohli also won hearts of cricket fans as he met a Pakistani fan who traveled all the way from his country to meet him, as the former Indian captain posed for pictures with him and chatted briefly as well. The video can be seen on this link of Circleofcricket.com

Stay tuned with Mobilecric for more such videos.